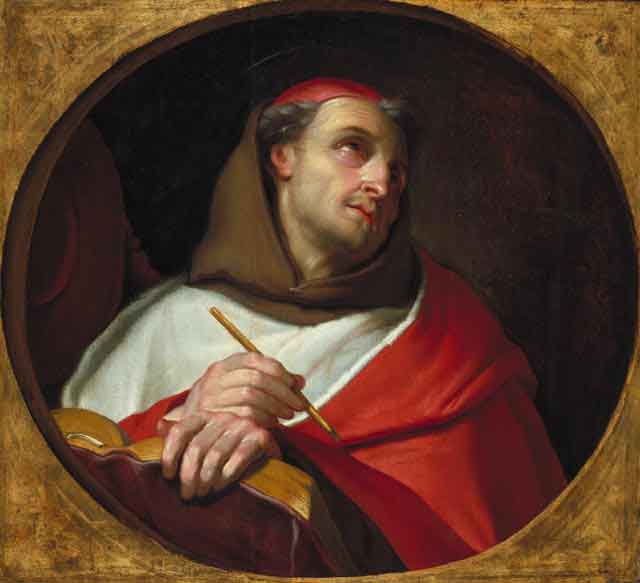 July 15 is the Feast of St. Bonaventure, often called the “Second Founder” of the Franciscan family. St. Francis was the spark, the charismatic founder and inspiration for the Franciscan movement. But after some years of rapid growth, the Franciscans needed some structure and organization.

When St. Bonaventure was elected Minister General of the Order, he began the task of reconciliation and collaboration among several factions in the Order, who wanted to go in different directions.

Besides his leadership in the Order, Bonaventure was a philosopher and theologian who sought to give some theoretical form to the life and teaching of St. Francis. But for all his learning and study, he, too, realized that the holiness of Francis was not captured in theology and pious writing. Sooner or later it had to be about a deep personal relationship with God. And so one of the famous works Bonaventure gives us is his “Journey of the Soul into God.”

In his personal life, he realized after all that his wisdom and knowledge came mostly, not from book learning, but from opening his mind and heart in meditation and contemplation. Sooner or later we learn wisdom by uniting ourselves with the Source of Wisdom.

His proper sense of who he was before God is shown in the little incident at the time he was named a cardinal. When delegates from Rome appeared at the friary to present this honor, Bonaventure asked them to wait while he finished washing the dishes. Wisdom indeed!