Capuchin Retreat depends on prayer, volunteer work and financial donations to continue its ministry. Give now
Protecting Children and the Vulnerable 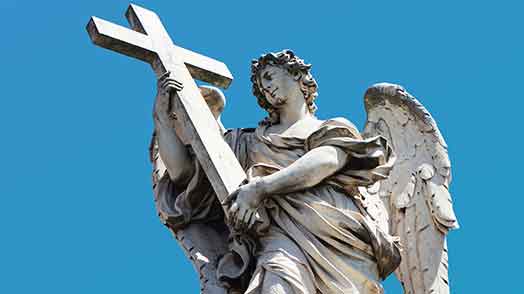 During the 17th Week, we read some of the parables of the Kingdom in Matthew 13. And as the early Christian community reflected on Jesus’ words about the Kingdom, they realized he did not describe it in precise terms. And so we hear over and over, “the Kingdom of Heaven is like” something. It is like the seed scattered on the land. It is like weeds growing up among wheat. It is like a great catch of fish. It is like a treasure or pearl of great price. It is “like” these things.

And so, what are we to think? Among other things, we may see the Kingdom of Heaven as a way of living or a state of mind. We might say those living in the Kingdom of Heaven are those who live in a certain way, who express certain values in their lives. They are, in other words, those who try to live by all the teachings of Jesus. They do this as individuals and in community with others.

The Catholic Church does not equal the Kingdom of Heaven, but we hope that Catholic people participate in the Kingdom in their behavior, along with their brothers and sisters in other groups and denominations.